The history of the department

In 1991, after the Republic of Uzbekistan gained its independence, the Department of Korean philology was established at the Tashkent State Institute of Oriental Studies in order to establish mutually effective cooperation between the Republic of Korea and the Republic of Uzbekistan. Initially, it was included in the Department of Japanese philology. Since 1992, it has been working as a separate agency. From 1991 to 2004, the department was led by Kim Mun Uk. From 2004 to 2015 Doctor of philological sciences Victoria Nikiforovna was the head of the department.

Today, the Department of Korean philology is a center for training philologists-Korean specialists of a wide range. If at the initial stage of the development of Korean Science in Uzbekistan the need for National Personnel was very large, now this issue has found its full solution. The main part of them is organized by graduates of the Tashkent State Institute of Oriental Studies with the first philological knowledge, volunteers of the KOICA organization invited to have special lectures from the Republic of Korea, as well as professors and teachers invited by The Korea Foundation. Education is carried out in two stages – Bachelor’s and master’s degrees. The department prepares students for The Bachelor’s degree in philology and Language Teaching (Eastern Languages). At the master’s level, he trains specialists in the sphere of “Linguistics” (Korean) and “Literary Studies” (Korean literature). At the same time, teachers conduct lectures and practical hours on the history of foreign countries, Eastern philosophy, economy of Far Eastern countries and country studies.

Disciplines of the department

Partner organizations of the department :
1. Tashkent state university of economy and diplomacy

5. Specialized school No. 59 in Shaykhontohur district

7. Korean language training center of the Republic of Korea in Tashkent

International partners of the department
1.    Embassy Of The Republic Of Korea

Teaching staff of the department:

The staff of professors and teachers working in the joint educational program with Sangmyong University: 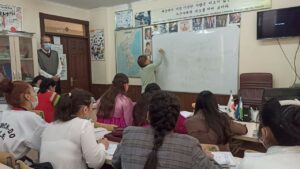 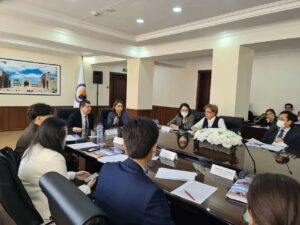 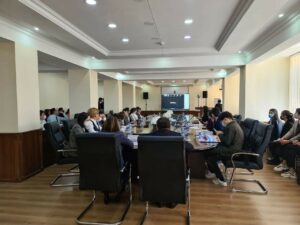 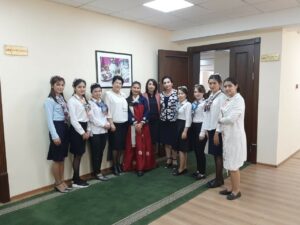 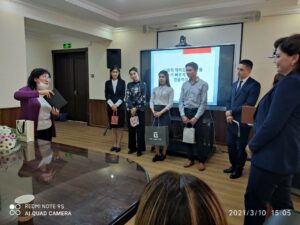