NewsChinghiz Aitmatov. The greatest representative of the world literature.

Chinghiz Aitmatov. The greatest representative of the world literature. 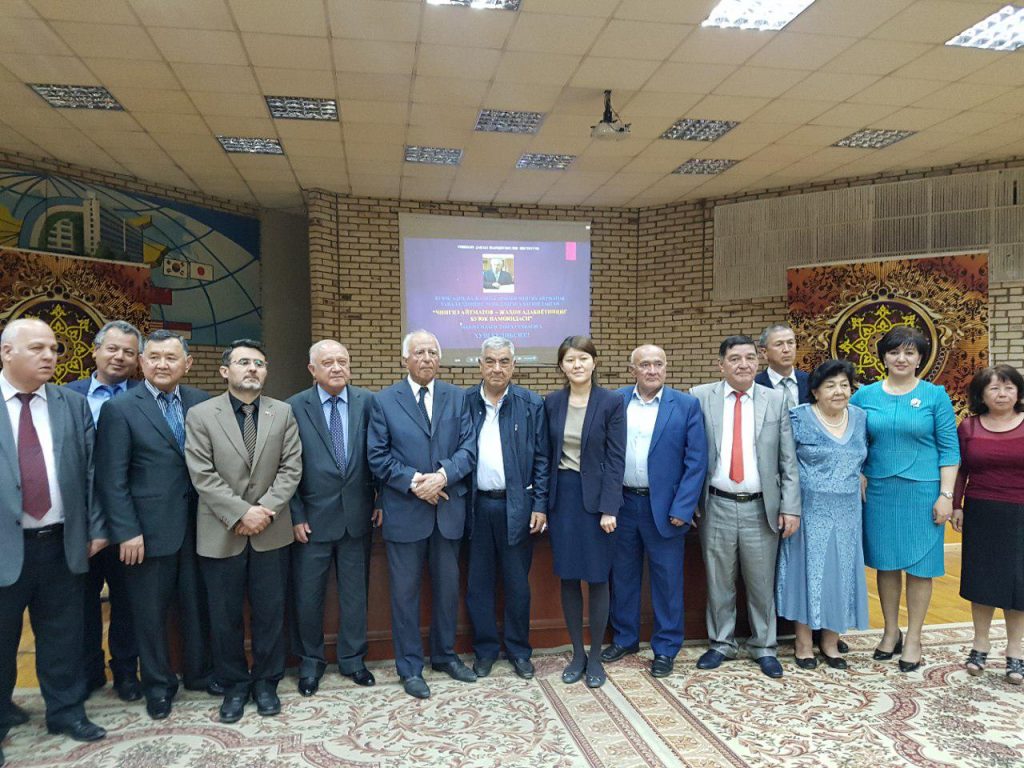 In decree of the President of the Republic of Uzbekistan about “Widely celebration of the 90th anniversary of the birth of the great writer and public figure Chinghiz Aitmatov from 2 of April 2018. It says “The great writer and public figure Chinghiz Aitmatov was the greatest person, the pride not only of Kirghiz nation, but all Turkic nations including the people of Uzbekistan. Indeed, Chighiz Aitmatov led active, many-sided activity on the way of maintence of peace and stability, protection of the humankind from different threats, conflicts and contradictions.

Nowadays in history of Uzbek-Kirghiz relations opened new page, artistic heritage of Chinghiz Aitamatov has big meaning in history of Uzbek-Kirghiz relations. It makes a special emphasis in Decree of the President of the Republic of Uzbekistan in which highly appreciated the works of the writer which are fathom with idea of humanism and good, which serves of strengthening of national and universal values, mutual respect and consent between different people”.

Nowadays within the scope of this decree hold events. It is known that the scientists will do: to activate the reading and propaganda of the works of the writer among our people, to make in-depth research of translation of his works and to analysis the main ideas which were suggested by the author.

Thereupon at assembly hall of Tashkent State University of Oriental Studies was held round table, entitled “Chinghiz Aitmatov. The greatest representative of the world literature”.