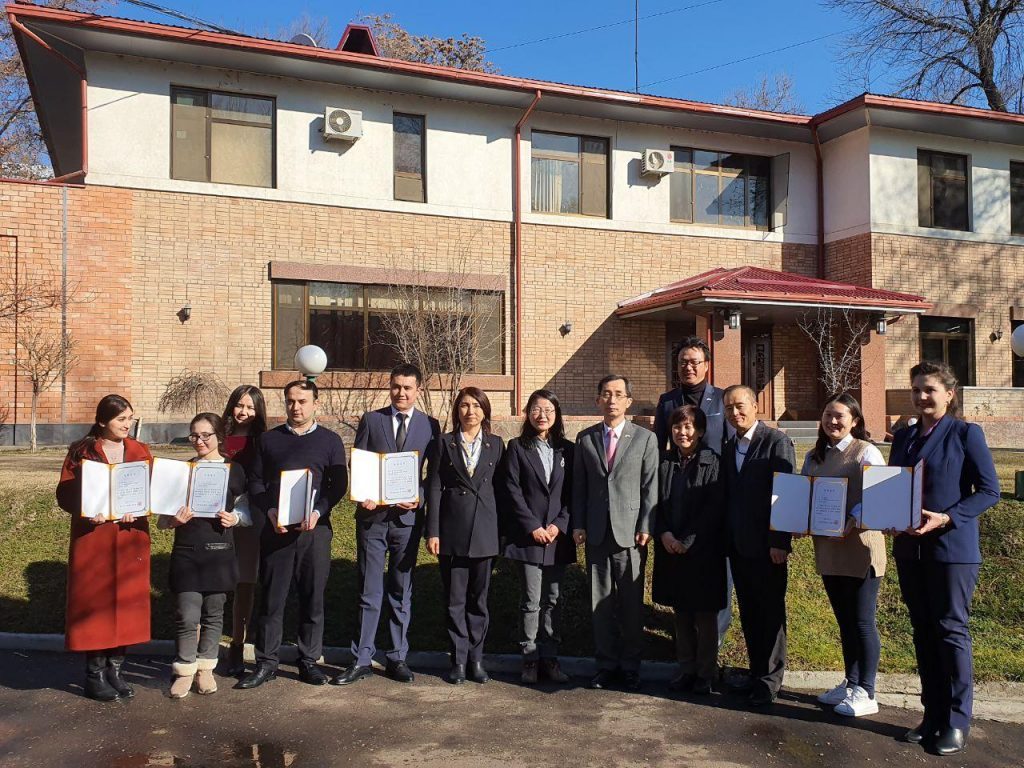 On January 23, the ceremony of awarding the winners of the Korean Fund international grant was held at the Embassy of the Republic of Korea in Uzbekistan. The event was attended by Ambassador Extraordinary and Plenipotentiary of the Republic of Korea to Uzbekistan Kang Che Kwon, Advisor Gu Kwan II, Dean of the Department of Korean Studies Shoira Usmanova, a volunteer teacher of the Korean Foundation at the Department of History and Culture of Korea Choi So Yoon, as well as doctoral students and masters.  Sirojiddin Makhatov, a doctoral student of the Korean Studies Department of the Tashkent State Institute of Oriental Studies, received an international grant from the Korean Foundation in the amount of $ 14,100 for his work “Capabilities of using foreign experience of innovative enhancement in the economy of Uzbekistan”. And many more winner members were the independent researchers, such as,  Dilorom Ashirbaeva “Comparative study of units in Korean and Uzbek discourse”, a master student Rasul Sherov “Transformation of South Korea’s economic development in the context of globalization”, Aziza Xidoyatova “An Image system in the stories of Yan Kwij”, Maftun Bahramova “Stages of development in the field of simultaneous translation”. Mr. Kang Che Kwon, Ambassador Extraordinary and Plenipotentiary of the Republic of Korea in the Republic of Uzbekistan, awarded certificates and scholarships of the Korean Foundation for those research topics.