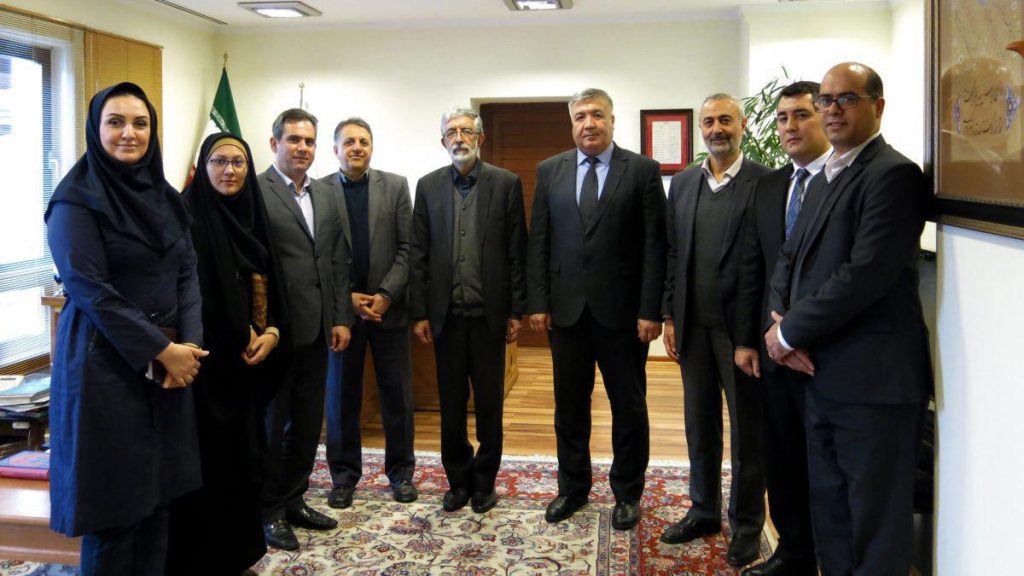 The President of the Academy of Persian Language and Literature, Dr. Gulomali Haddad Odil met with Extraordinary and Plenipotentiary Ambassador of the Republic of Uzbekistan in Iran Bahodir Abdullayev and the embassy representative Eldar Askarov. During the meeting was discussed cooperation with Saadi Foundation. Bahodir Abdullaev noted that Persian language was learned in Uzbekistan from ancient times and taught in many schools until 1920, and in every intelligent family had a diwan of Hafez and Bedil. Today, by initiation of the President of the Republic of Uzbekistan to the Persian language is given great importance. Taking into account the fact that more than half of the ancient writings were written in Persian the necessity of the studying it raises. Currently the Persian language is taught at Tashkent State Institute of Oriental Studies, International Islamic Academy of Uzbekistan, Samarkand State University and many other universities of the country. Most of the treasury which keep in the fund of the Institute of Oriental Studies named after Abu Rayhan Beruni were written in Persian, so special attention is paid for training specialists with knowledge of the Persian language.
During the conversation, Dr. Haddod Adil shared his impressions and commented: “There is a common cultural environment between Iran, Afghanistan, Turkmenistan, Tajikistan and Uzbekistan, thanks to which these countries have friendly relations for centuries.” He also noted that: the Academy of Persian Language and Literature and the Saadi Foundation can become a link between Iran and Uzbekistan and will strengthen cooperation in the field of studying Persian language and literature. ”
The president of the academy said that in the history of Uzbekistan, the Persian language and literature played an important role, and Samarkand and Bukhara are the pillars of Persian literature. He also noted: “If Baghdad was the center of science and education in the west of the Islamic world, in the east such a city like Samarkand and Bukhara were the center of science and enlightenment.”
In the continuation of his thought, he added: “Persian language from a historical view point is important for Uzbekistan. We are very pleased with the changes that have occurred in Uzbekistan over the past two-three years, and all of these for the prosperity of the country. Therefore, it is not surprising that Mr. Mirziyoyev was elected “Man of the Year of Asia” by the Association of Asian Journalists.