NewsMeeting with Rejibo Jan Arthur, Ambassador of Belgium to Uzbekistan with the residence in Moscow

Meeting with Rejibo Jan Arthur, Ambassador of Belgium to Uzbekistan with the residence in Moscow 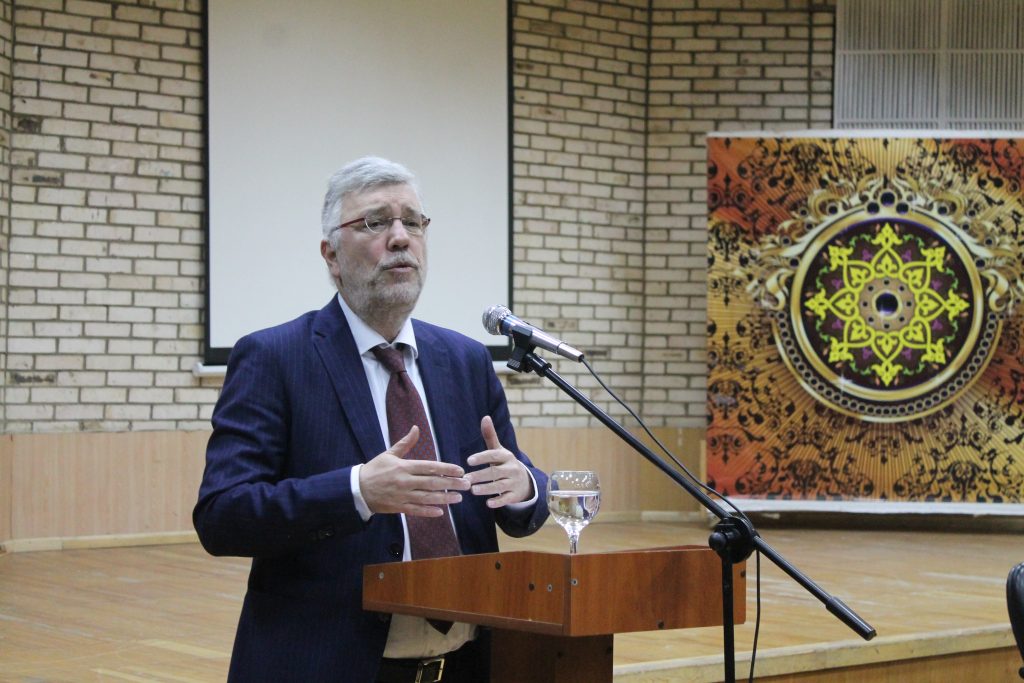 On November 28, 2018, a delegation of the Belgian Ambassador to Uzbekistanwith the residence in Moscow, Mr. Rejibo Jean-Arthur visited the Tashkent State Institute of Oriental Studies. The members of the delegation were welcomed by the Rector of the Institute, Professor A.Mannonov.

Ambassador of Belgium to Uzbekistan Mr. Rejibo Jean-Arthur made a lecture by the students of TSIOS on the topic: “What is European integration? View from Belgium “. This event was attended by the administrative staff of the institute, professors and students.

Although during his speech the Ambassador highlighted some of the key issues facing the European Union in the context of migration policy and external migration, euroscepticism, economic problems in Greece, existence of different opinions about future view of EU. Speaking about the Brexit he said, “We respect the choice of British citizens . Brexit suggests that we have some problems within the Union, and we will definitely deal with these problems. Now, the program for the transition period of the Britain exit from the European Union has been developed, and I can say that it is not an easy process”.

Upon completion of the lecture, the students of TSIOS had the opportunity to ask the Ambassador questions. The meeting gave a great deal of interest to the TSIOS students and enabled them to learn more about the integration processes in the European Union.