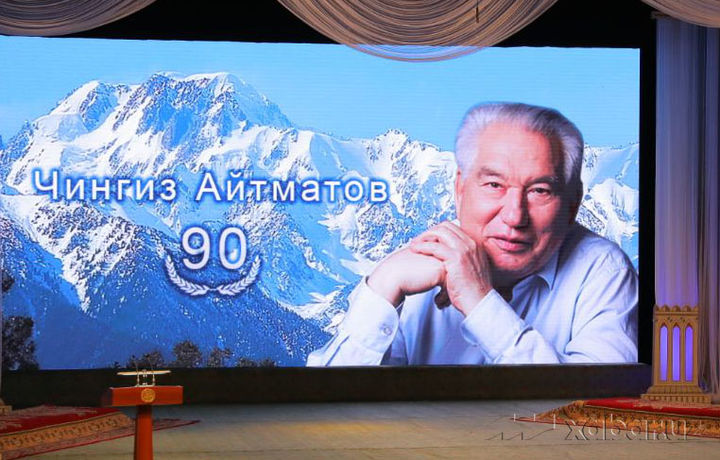 At event took part creative intelligentsia, teaching staff and the students of TSIOS. The programme of the event included book fair, lectures, literary-enlightenment programme, film screening and theatrical performance based on the books of Chingiz Aytmatov. For celebration of this significant date was developed a plan of events that included the  preparation and publication of the books, producing the film about the life and activity of the writer and etc. According to the the decree of the President of the Republic of Uzbekistan, in July 2018, the street Bodomzor yo’li in Tashkent city was renamed to the street of Chingiz Aytmatov. Today on the 90th  anniversary of the prominent figure of culture, on the street, which was named in honor of his name was put up bas-relief. On the solemn opening ceremony took part the representatives of the government structure, culture and creative youth.