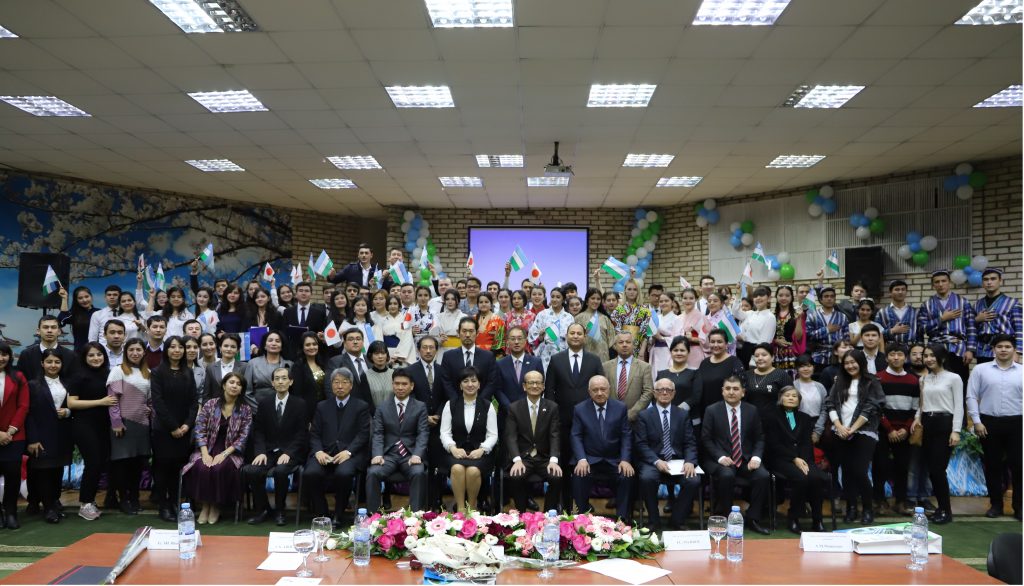 On December 4, 2019, the Tashkent State Institute of Oriental Studies hosted the official opening ceremony of the Department of Japanese Studies. The opening of a special faculty of Japanese studies in TSIOS is important for the implementation of such an urgent task as training specialists in Japanese studies during the period of major political and economic processes between Uzbekistan and Japan, which is the leading country in the world.

In this regard, the Deputy Prime Minister of the Republic of Uzbekistan A.Abdukhakimov, Minister of Higher and Secondary Special Education I.U.Majidov, Ambassador Extraordinary and Plenipotentiary of Japan to Uzbekistan Fujiama Yoshinori and many other representatives of science and education took part in the opening ceremony of the new faculty at TSIOS.

Today, the Tashkent State Institute of Oriental Studies is one of the leaders in the development of the Japanese language in Uzbekistan, which is one of the most active countries in the study of the Japanese language. The Department of Japanese Philology, founded in 1992 at the Tashkent State Institute of Oriental Studies, is the first educational institution where Japanese is taught not only in Uzbekistan, but throughout Central Asia. In recent years, research in Japanese studies has led to the formation of a new faculty. The next issue of the scientific journal “Sharq Mashali”, published at TSIOS, was devoted especially to Japanese studies. It contains more than 20 scientific articles on Japanese linguistics, literary criticism, historiography, translation studies, Japanese foreign policy and international relations, as well as the Japanese economy. Such efforts to expand cooperation in the field of education, along with many other areas, contribute to the strengthening of friendly and cultural ties between Uzbekistan and Japan.

We hope that the creation of a new faculty at TSIOS will provide an opportunity to combine the educational process and research work in the Japanese language and coordinate directions in this area, as well as raise the level of Uzbek Japanese studies to a new level.