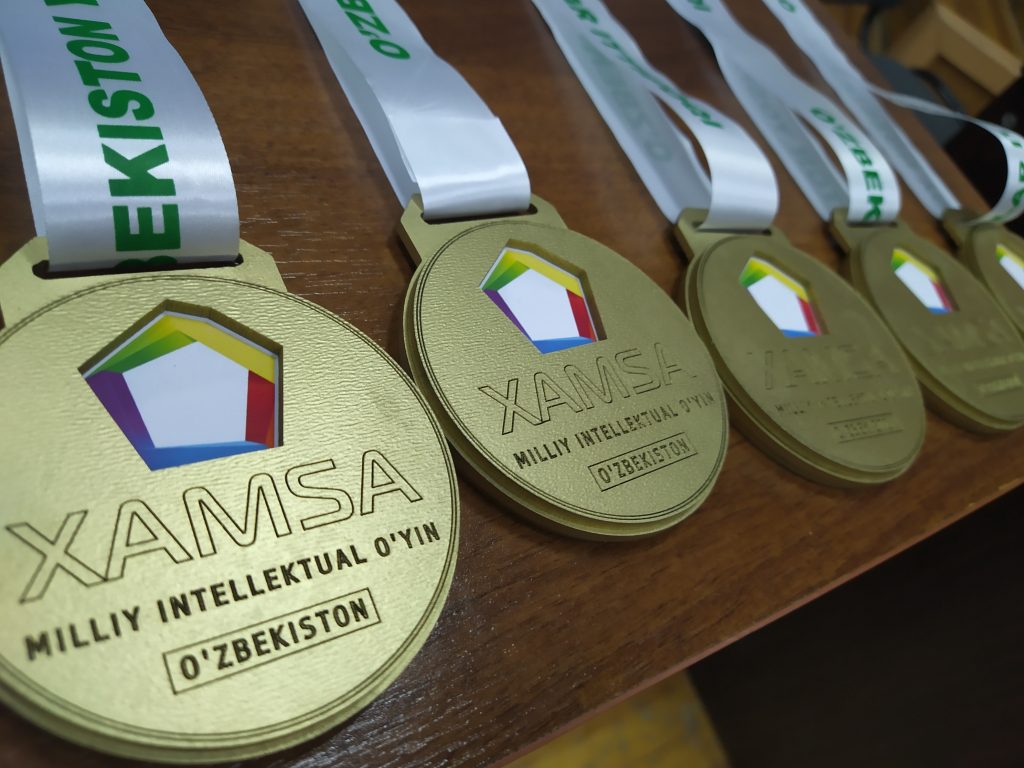 The Tashkent Institute of Oriental Studies, together with the Central Council of the Youth Union of Uzbekistan and the organizers of the intellectual game “Xamsa”, organized the first tournament on the intellectual game “Xamsa” in the Uzbek language. This game brings together hundreds of fans of intellectual games and is becoming increasingly popular among our youth. The tournament was attended by over 20 teams. After the qualifying round, the strongest 8 teams remained. The semifinal game was exciting, the team made every effort to earn victory points. The strongest 4 teams went to the finals. The questions of the final work were much more complicated and at the same time more interesting. In the final round, the “DC” team won earning the most points. They were awarded medals for first place and became the owners of the Main Cup of the season for earning points.