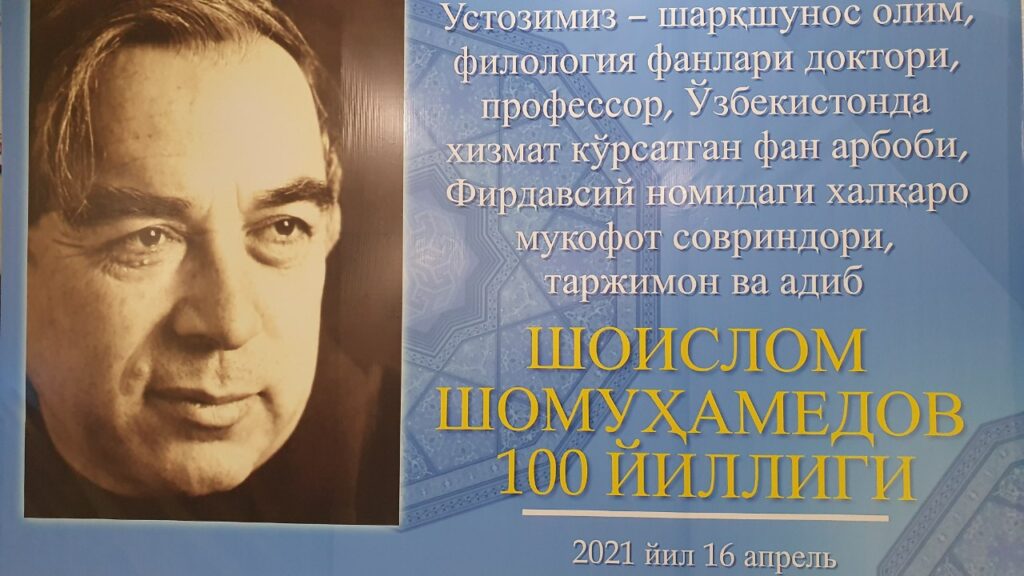 In this regard, the Tashkent State University of Oriental Studies organized a week of events dedicated to the work of orientalists. Today was the first day of this week and a conference dedicated to the achievements of the Tashkent State Institute of Oriental Studies since it received the status of “University”. The event was attended by the scientist’s family members, children, grandchildren, students and friends, as well as orientalists.

Shoislom Shomukhamedov as a scientist, poet and translator,was engaged in research of classical and modern Iranian literature, textbooks, translations of the classics of Persian-Tajik literature and collections of poems and stories written by him were mentioned by speakers at the conference. It was noted that he had written about 90 books and, as a translator, made a significant contribution to the transformation of the works of dozens of oriental poets into the spiritual heritage of the Uzbek people.

In particular, the new 3-volume translation and publication of Firdavsi’s “Shohnoma” was made under the direction and with the participation of Shoislom Shomuhamedov, who translated many works of Indian, Arabic, Russian, Azerbaijani, Tajik and Turkmen poets into Uzbek. In short, the famous scholar, who lived for 86 years and marked the development of Uzbek oriental studies for a hundred years, sought knowledge of classical Persian literature, a master translator of classical medieval poets into Uzbek. left a great school for the next generation.