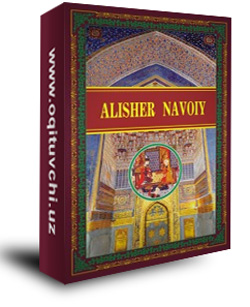 On the threshold of independence the issue of granting legal status to the official language on the initiative and under the leadership of our first President Islam Karimov was put on the agenda and October 21, 1989 the special law “ On the State Language of the Republic of Uzbekistan” was adopted.

Every year October 21 is widely celebrated in our country as the Day of the State Language for the Uzbek language. On this day various events are being held in different public institutions, schools and libraries. Under the law, one of the most important values, the language has a legal basis. This law has strengthened the legal status of the language, an important factor of the spirit and value of Uzbek nation. This legal basis demonstrated the respect of the newly formed state , the government. The language is the great wealth of every nation, its precious value and priceless possession. Every nation has its own language of respect and eteem. The language reflects the history and culture of the people , the nation’s creator. At the same time, the language plays a great role in social development. Language is an indispensable part of every nation’s identity.

Uzbek is the mother tongue of the Uzbek people, the absolute majority of the population of Uzbekistan. It is an important factor of the unity and integrity of Uzbekistan and community. It is an important task to ensure the comprehensive development of the Uzbek language as a means of expressing the Uzbek people’s national culture and identity, as well as consistently and fully realizing the potential of this language as the official language.

During the years of independence special attention is paid to the development of the development of the Uzbek literary language in our country. As a result, The Uzbek language has become an important tool of communication, which expresses the state language, the state symbol, the national culture and and the spirit and brings them to the next generation. The international prestige of the Uzbek language has become an active tool of communication. The number of official meetings at various levels, the wide use of the language in the negotiations, and the fact that Uzbek language centers are established in many foreign universities and scientific institutions, the number of people who are interested in learning the native language is growing. Not only the Uzbek language but also the languages and customs of other nations are respected in our national legislation. Its practical proof can be seen in the example of the following article 4 of the Constitution of the Republic of Uzbekistan: “ The state language of the Republic of Uzbekistan is Uzbek. The Republic of Uzbekistan provides respect for the languages, traditions and customs of all nations and ethnicities living on its territory and creates conditions for their development. For this reason we should know and respect our native language.