Faculties and departmentsFACULTY OF EASTERN PHILOLOGY AND TRANSLATION STUDIES

Philology, which is one of the core areas in Oriental studies, has been taught for many years. Here we can see highly experienced school teaching oriental language and literature in the long-term run.

If we look at the history of the faculty, we may find the information about perfectly learning of Eastern and Western languages, preparing highly knowledgeable Oriental graduates knowing literature of Eastern countries and cultures and doing some fundamental research on the different aspects of oriental languages. From the organization of the Faculty to the present time, there are more than 70 DSc and up to 350 PhD graduates

The scientific activity of the faculty includes the following directions:

It is noteworthy that most of the faculty members are young. Their involvement in science and scientific guidance is well established in the community. There is no single teacher in the faculty. Old and young alike, in addition to his pedagogical work, he conducts scientific work.

Partner organizations and institutions of the faculty:

International cooperation organizations and institutions of the faculty: 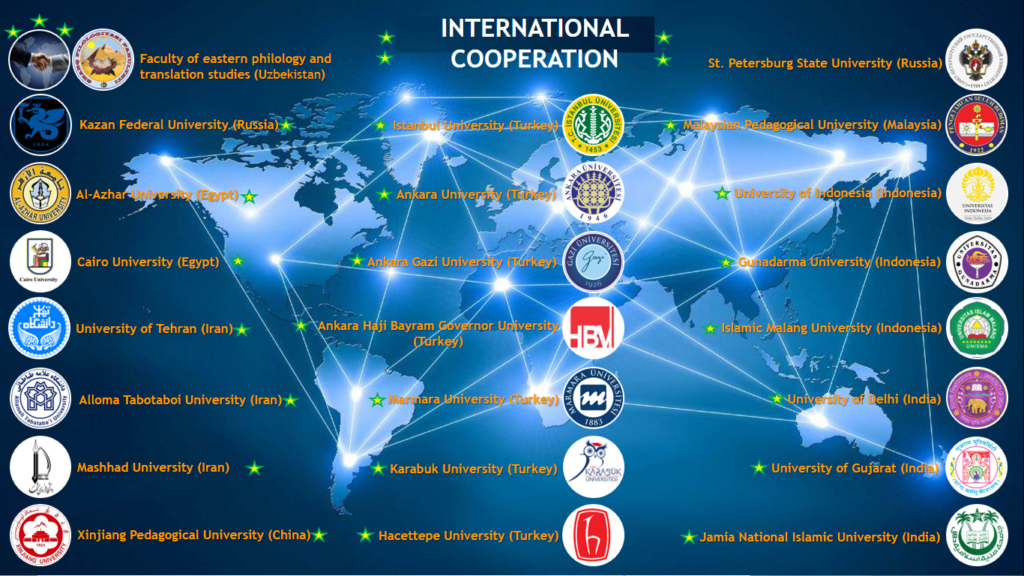