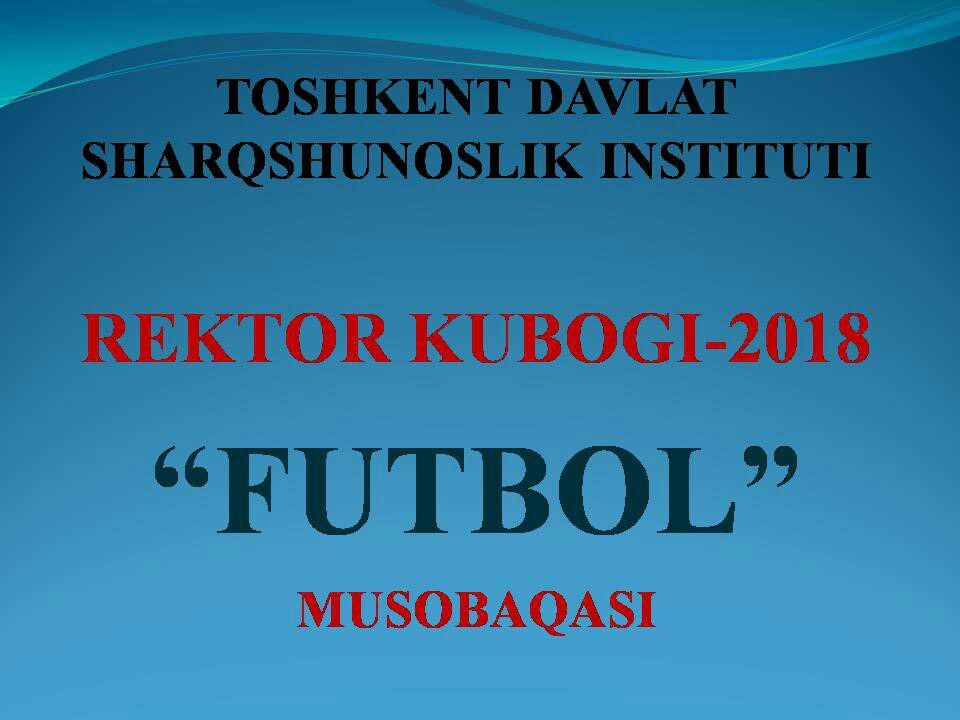 TSIOS is holding annual football tournament “The Rector Cup-2018” among the teams of the faculties of TSIOS. At the tournament take part 19 teams of our institute. By tradition the games started from the stage of play-off. The winners of the group stage became the participants of the quarter final.

The first game took place between the team Legion (the faculty of History and philosophy) and Siyosat (the faculty of Korean studies). Losing the match, Siyosat could score a goal and equalize the score. In additional time the fortune smiled upon to Siyosat, which became the first semi-finalist.

Another game was derby between the teams of the faculty of History and philosophy: the finalist of the Dean cup 2018 Everest and the winner of the last season Milliard. At the end of the first half Everest lead, but experienced team Milliard could defeat Everest with the score 2:1 .