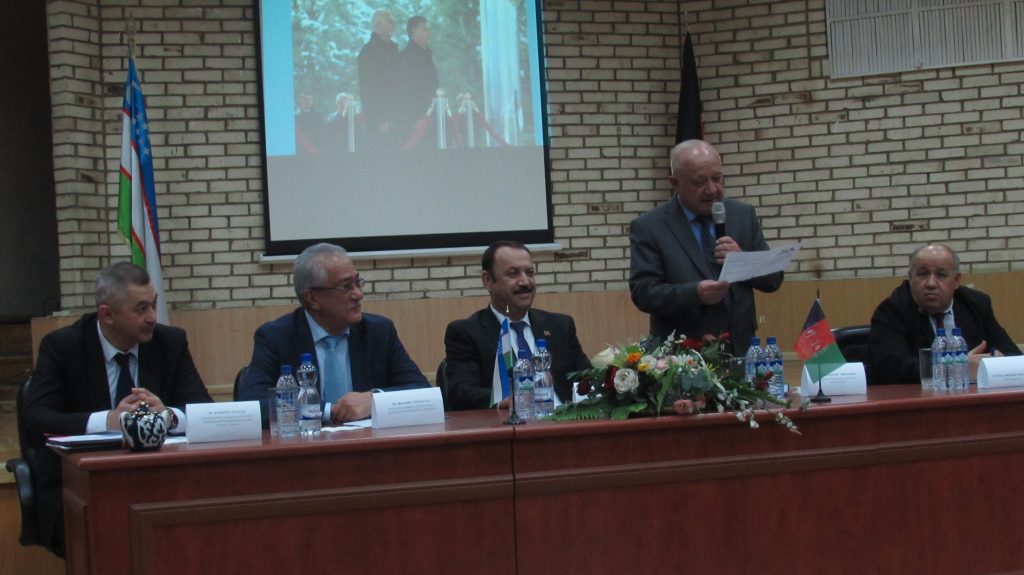 Since ancient times, the people of Uzbekistan and Afghanistan united sacred religion and common spiritual values, the ties of relationship of the two countries take their roots from very ancient times. Today, Uzbekistan and Afghanistan is in close political, trade, economic, cultural and humanitarian relations, millions of Uzbeks live in Afghanistan and, according to the Constitution of Afghanistan, Uzbek language is one of the official languages of the country. Currently, in the city of Termez, more than one hundred Afghan students are studying in a specially created educational center, and large economic projects are being implemented to develop trade and economic relations between the two countries.

At the event, which was dedicated to the 26th anniversary of the establishment of diplomatic relations between the two countries, associate professor of Tashkent State Institute of Oriental Studies R. Rashidov made a report on theme “Relations between Uzbekistan and Afghanistan in modern period and their perspevtives”, as well as a young researcher of the Department of World Politics and International Relations S.Buronov made speech on the theme “Modern works on Afghan studies in Uzbekistan, problems and ways of their solution”. I.Irgashev, Sayed Shokhobuddin Temuriy, Prof. A.Mannonov and K.Ishankhodjaev also made speech on political, trade-economic, cultural and humanitarian cooperation between Uzbekistan and Afghanistan, and also told about the history, present condition and the perspectives of bilateral cooperation, which is based on peaceful, good-neighborly and friendly relations.
During the event, it was noted the importance of the initiative sof the President of our country Shavkat Mirziyoyev in solving the Afghan problem, ensuring peace and stability in the region and in neighboring Afghanistan. In particular, was mentioned the significance of the President of Uzbekistan on stabilizing the situation in Afghanistan, made at the 72nd session of the UN General Assembly, and was highlighted the importance of his initiative of joining of  Afghanistan to the regional economic processes, which was expressed at the conference held under the auspices of the UN “Central Asia: a common history, common future, partnership in the interests of sustainable development” in November 2017 in Samarkand.

Also was noted that the international conference “Peace Process, Security Cooperation and Regional Partnership”, which was held by the initiative of the President Shavkat Mirziyoyev on 25-26 of March 2018 was praised by international community.

After the official part of the event, to the participants were presented an art program, which was prepared by students of the Tashkent State Institute of Oriental Studies, they read poems in Pashto, Dari and Uzbek languages. During the event, was held a quiz “Do you know Afghanistan?”, the winners of which were awarded with memorable gifts.